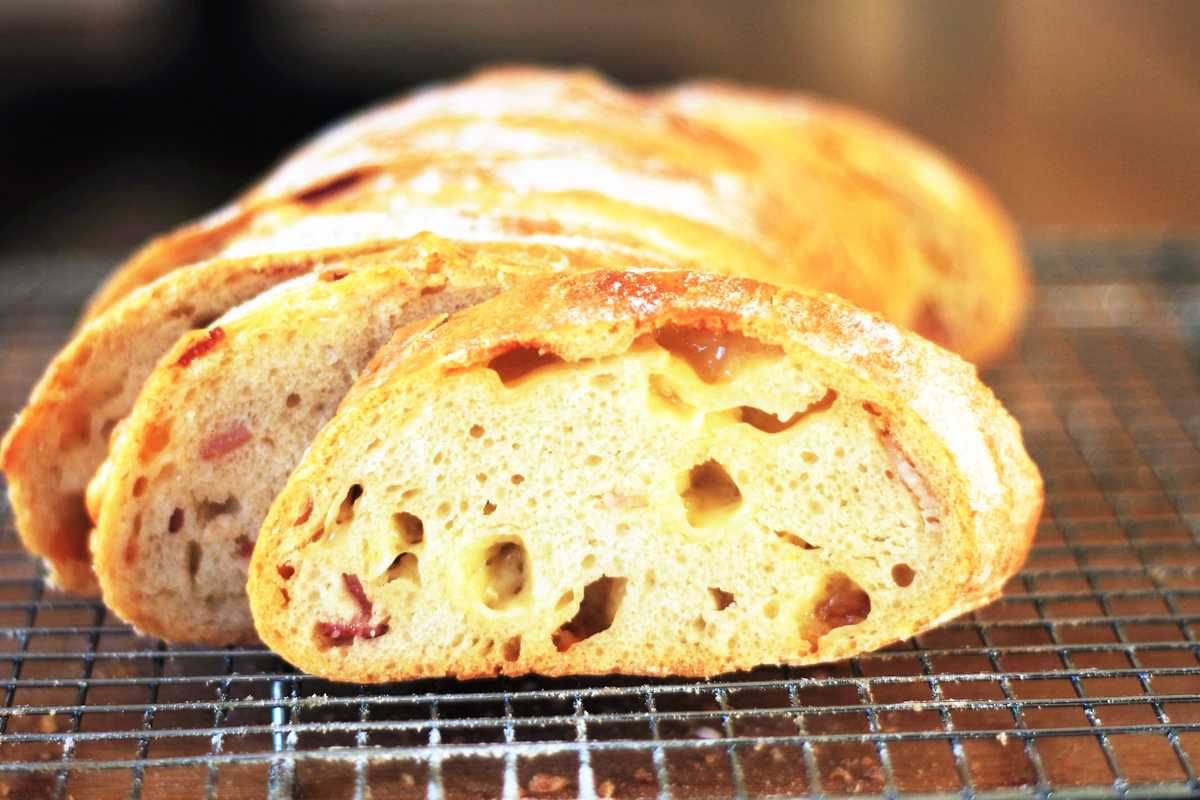 I got hooked on making my own bread after visiting my aunt who makes award winning sourdough loaves. She donated me a small sample of her starter dough, which I brought home and cultured until it had grown to a decent enough size for me to begin making my own crunchy, tangy loaves. Although this is not a sourdough recipe, I feel obliged to mention my aunt as it was the impressive texture and flavour of her sourdough bread that convinced me to start making my own every day.

All the best bread begins with a starter. This is either a sourdough starter (levain), or a poolish, which is a 50-50 mixture of flour and water with a small amount of yeast that’s left for about 1 day to ferment before adding more flour, yeast and water to create the actual dough. Using a starter will create a superior texture and give the bread more depth of flavour. A mature sourdough starter will give you more flavour and texture, but fact that the poolish only requires 1 day of planning (compared to 1 week or more with the sourdough) makes it an attractive option.

The basis of this recipe is similar to that found in Thomas Keller’s Bouchon Bakery. I have simplified the method to make it a little less labour intensive. It’s a compromise; the outcome of Keller’s recipe is slightly superior, although not by much! This recipe is quicker and easier, and pretty-much-as-good as Keller’s. It’s still quite a bit of effort for a loaf of bread, but trust me, it’s worth it. I have added bacon and comté cheese, along with some rich tasting rapeseed oil; this is a luxurious treat.

The vital crunchy crust is achieved firstly by having a really hot oven before you put the bread in; secondly by scoring the bread, either down the center, across in stripes or a random pattern, with a sharp knife just before putting in the oven; and lastly by throwing a mugful of water into the bottom of the oven just before you close the door.

For the final shaping and proving of the bread, you’ll need a baker’s linen cloth, or (like me) you can simply use a heavy-ish tea-towel instead. Also, a wide, flat baking sheet or stone is needed.