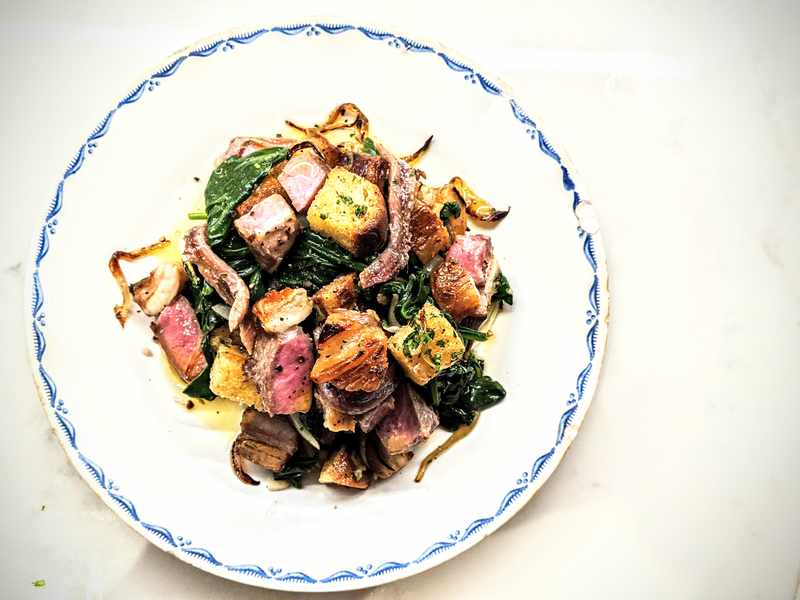 Lamb chops are great, but admittedly they're not my favourite cut of lamb. Each lamb chop consists of a cutlet from the loin attached to its corresponding rib bone, usually with a gorgeous thick slab of back fat along the bone. Its bovine equivalent is the celebrated and iconic beef rib roast. The loin, regardless of which animal it's from, is one of the tenderest and most prized cuts of meat around and I think it's a bit of a shame to prepare a loin of lamb as chops because they're hard to cook; you have to roast them with enough ferocity to get the fat nice and crisp without overcooking the meat. Because there's usually a large amount of fat this is virtually impossible. In my opinion, you'd be better to ask your butcher for a full rack of chops (cutlets) to roast whole or even take the loin completely off the bone before roasting like a steak. Both of these methods allow you to keep the meat nice and pink, which is how it is supposed to be.

To avoid this difficult situation I deboned the chops and left the meat as medallion-sized chunks. The fat, which is full of flavour and a key part of this dish, I diced into 1cm chunks. I seasoned everything with crunchy sea salt and a little sprinkling of white pepper before searing in a very hot pan. The rest of the dish comprised some chunky croutons, made from my numerous leftover sourdough loaves, sautéed spinach and some anchovy fillets. Seasoned generously with cracked black pepper, sea salt and a splash of tarragon vinegar, it was very, very good.