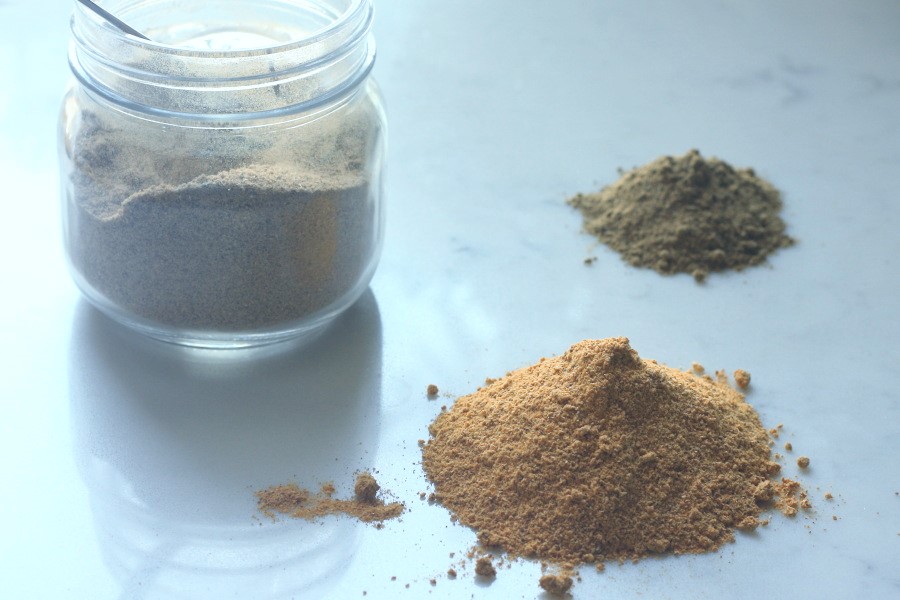 I discovered a new woodland paradise for girolles this summer. It's a narrow stretch in the Scottish Borders about two miles long, starting out as a thick pine forest and changing to airy delicate birch further along. There's a path which runs right through the middle of it, and when I approached the birch trees my senses heightened. I knew that girolles and birch are old friends and I was not disappointed: following the line between the edge of the woodland and the path was a seemingly never ending trail of the bright yellow treasures. I filled my basket in no time and had to fashion a knapsack out of my jumper to carry more of them. There were way too many carry! I had to walk back to the car to drop them off and return for a second load. It was getting late, and by the time I'd collected a second load it was starting to get dark. I hadn't even explored the whole wood! There were surely many, many more mushrooms to be found if I just kept walking along that path. It was with a heavy heart that I dragged myself away, promising to myself that I would return the following weekend.

After a couple of visits to that wood, I had about 15 kg of girolles. What to do with them? I already wrote about my experiment with pickling, which was a great success. Drying them was a simpler option, at which point I could decide to keep them whole (waiting to be rehydrated with some hot water before adding to a risotto or a pasta sauce), or grinding to a fine powder. I particularly like the latter option: it reduces the girolles to an intensely flavoured general purpose seasoning. You can sprinkle this on pasta or steak to give a kick of flavour, or effortlessly make a delicious sauce by whisking it into boiling cream.

You can make this with any kind of mushroom, of course. This year was a very successful mushrooming season for me and I now have several jars of different mushroom powders in my cupboard, including girolles, ceps and mousseron. The girolles have a particularly sweet, almost caramel flavour which is just amazing, the ceps are much earthier and pungent. You could also use button mushrooms: although not as tasty as their wild cousins, they will still give you a decent product.