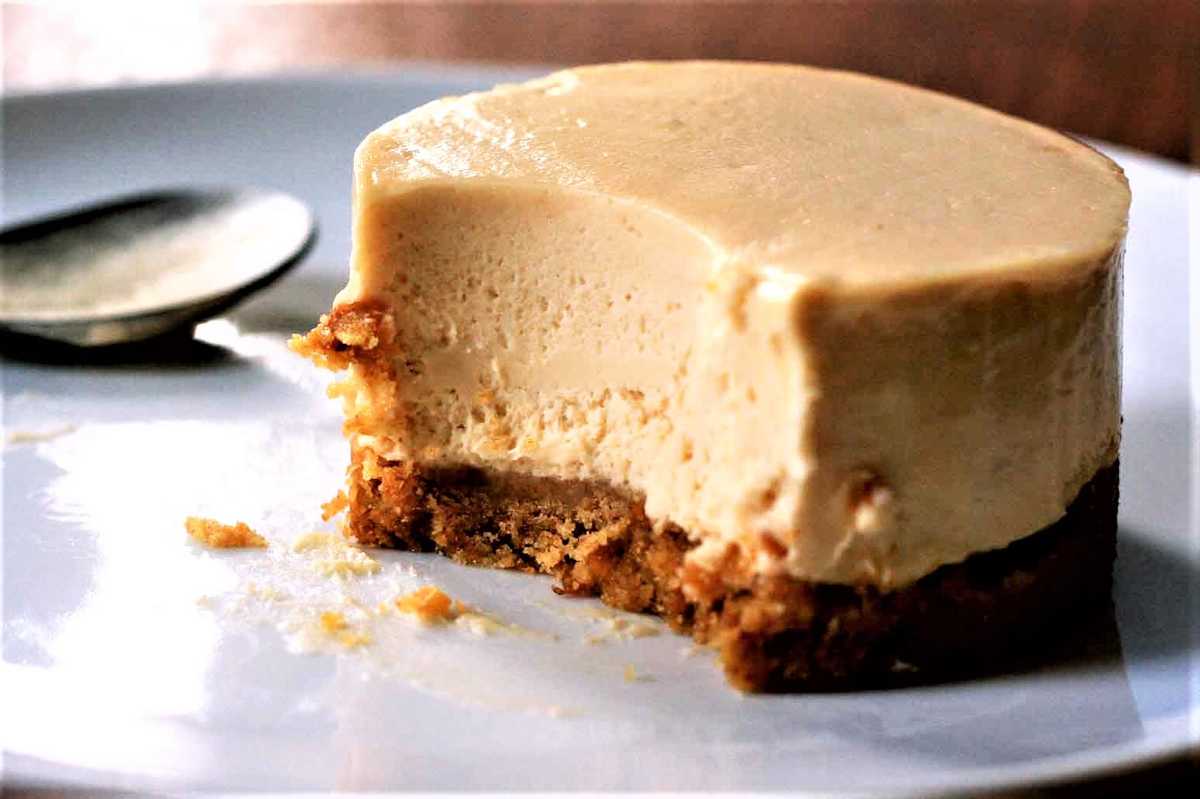 This is another one for all the peanut butter lovers out there, and in fact I’d be willing to bet that even peanut butter haters will enjoy this dessert. There’s something about the flavour and texture of peanut butter that makes it quite uncompromising; for some, the richness is too much on its own, and is only palatable when paired with something sweet. In the contest to be the most loved peanut butter dish, the old-school favourite peanut butter and jam is arguably winning. I would, however, argue that this cheesecake beats it hands-down.

Broadly speaking, there are two classes of cheesecake: baked, and unbaked. This one falls into the latter (slightly quicker and easier) option. The general technique for the filling is very simple; make a thick puree (peanut caramel in this case, although strawberry, raspberry or chocolate also work well), and mix in cream cheese. Now simply soft-peak-whip some cream and gently fold in.

This cheesecake is mousse-like in texture and rich in taste. The biscuit base provides a nice contrast to the creamy-cheesy peanut mix that sits atop. Traditionally, Digestive biscuits have been used for a cheesecake base, but why use Digestives when you could use Hobnobs instead? After all, they taste better and it’s what Delia would do.