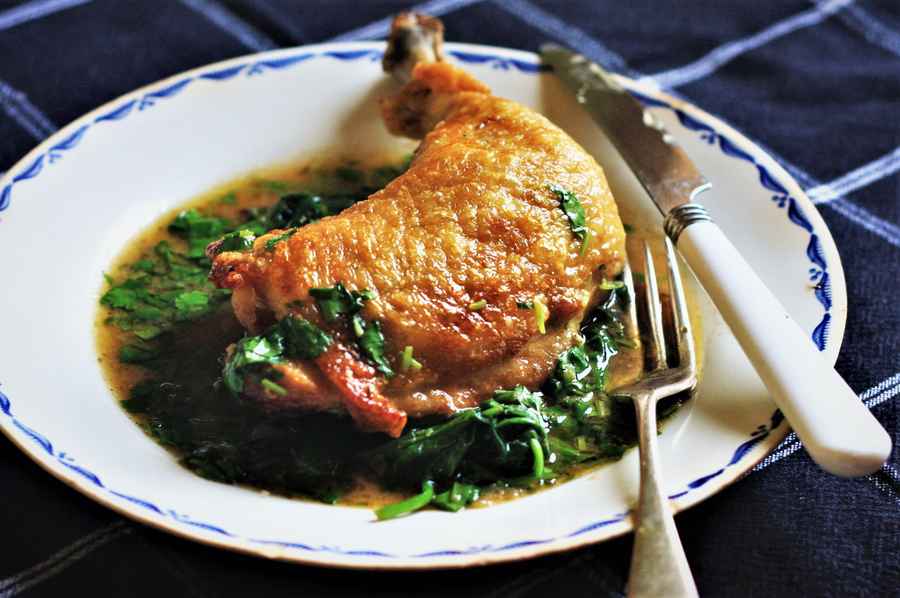 A few years ago I posted recipe for confit chicken served with lemon dressing and pak choi. It was an adaptation of a home classic my mum makes on a regular basis, and the original dish, or a version close to it, is one of my go-to regular meals. This is a quicker and simpler version using coriander - both seeds and leaves - and it's absolutely tasty.

It's ready in less than an hour, so is a pretty good option for a quick weeknight dinner. The basic process is very simple: one chicken leg per person, fried in a pan until golden, then oven-roasted in the same pan with coriander, lemon, shallots and a little water. 30-40 minutes later and you've got chicken with golden crunchy skin, and a naturally rich sauce that's packed full of flavour. It's wonderful served with wilted greens and boiled new potatoes.

I have a cast-iron skillet that's perfect for this. Any oven-safe frying pan will do though, or even a casserole dish. The dish should be big enough to comfortably fit the chicken legs in one layer.