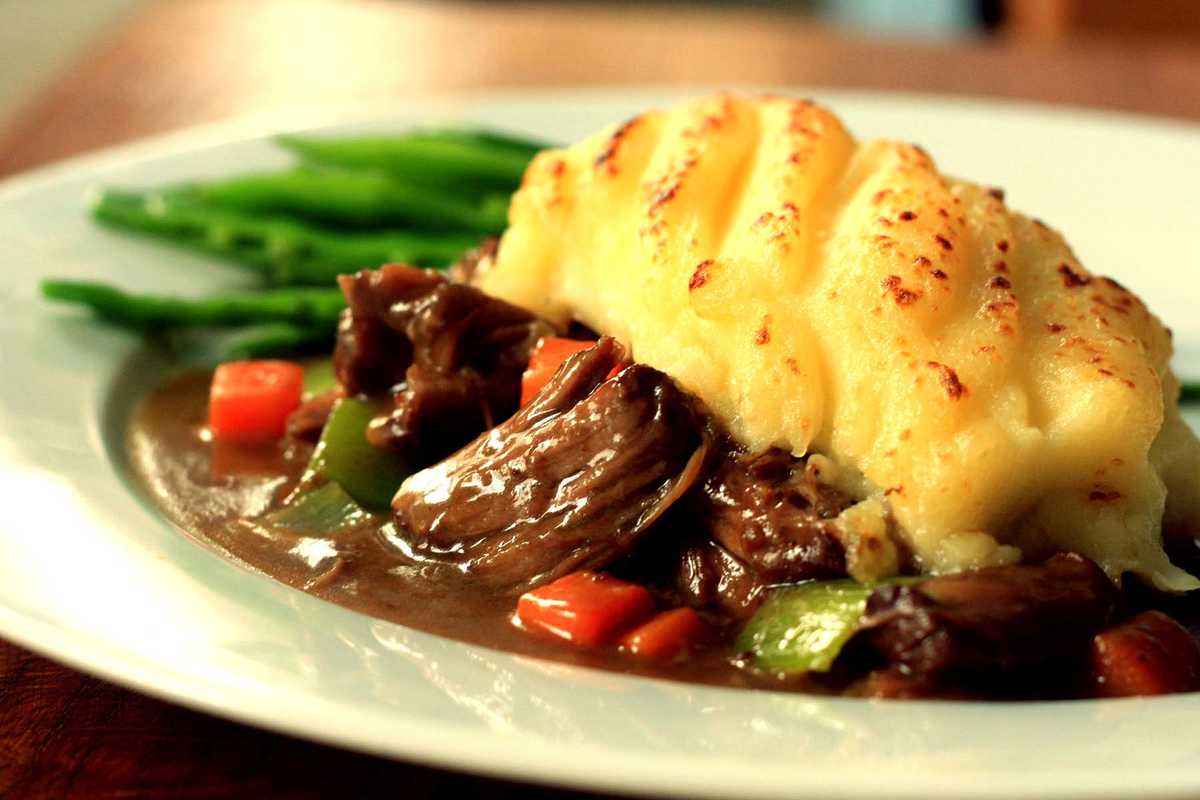 Here’s another classic to add to the collection. It seems pretty appropriate that shepherd’s pie was a staple dish for us, at home on a sheep farm in rural Northumberland. I think this dish was traditionally made with left over meat from a roast dinner, but my Mum usually made it with our own lamb or mutton mince, which was a bit fattier than shop-bought mince and stronger in flavour; it was always really rich and filling. I’ve adapted the recipe here; instead of mince I’m using neck and slowly braising it on the bone. The neck is a pretty tough cut of meat so it needs cooking for a long time. It's more flavoursome than the prime cuts, however, and absolutely worth the wait. Lamb neck is probably the tastiest part of the animal in my view, and very underrated.

In the kitchen at work, we use veal stock as a base for most of our sauces; for something like this shepherd’s pie for example, we would make a rich jus from reduced veal stock to mix with the filling instead of gravy. The veal bones are slowly simmered in water for 2-3 days in order to extract maximum flavour and body from them. The gelatine extracted from the bones thickens the stock when it is reduced, so you get a naturally thick, rich jus without using flour. This is impractical to do at home, but you can get some way towards a proper jus when making a dish like this by cooking the meat on the bone, or adding extra bones to the braising liquid even. After reducing, the resulting sauce will be richer and have much more body to it.