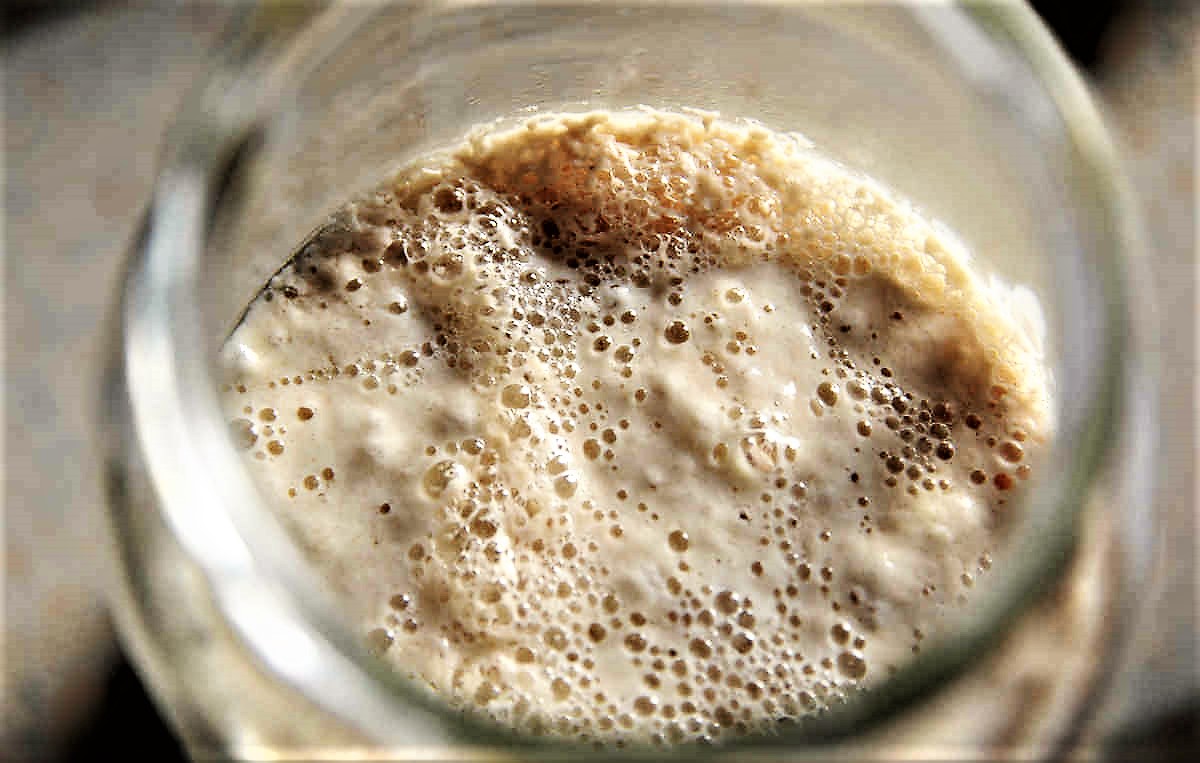 The secret to any great loaf of bread is a pre-ferment, or starter. A starter provides a depth of flavour to the bread, but, arguably more important, it gives it a fantastic texture. This is due to the fact that a mature sourdough has had plenty of time to develop a complex gluten network over a period of several weeks (or months, or years!), which is simply unattainable with a standard loaf that's only proved for a few hours.

This sourdough starter will take at least five days to make, but from that point it'll last indefinitely, provided you look after it. After five days, you'll be able to make a decent loaf of bread with it, but if you leave it for longer; two or three weeks, say, you'll get an even better flavour and texture.

This is a true wild yeast; an actual living organism. I think there's something amazing about being able to extract this stuff from thin air, literally. I've talked about my love for sourdough in a previous blog post, and I thought it would be worth sharing a recipe for the starter here. The recipe here is copied almost verbatim from James Morton's Super Sourdough, which in my opinion is the best sourdough book money can buy.