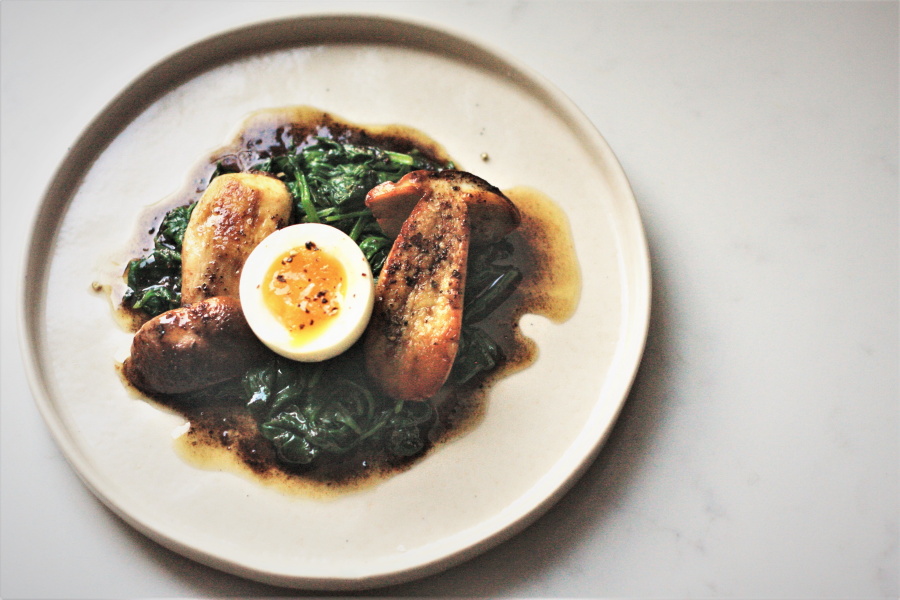 This mushrooming season was all about girolles, which was delightful, but I was slightly disappointed not to find more ceps. I probably got about 20 in total of varying sizes. I made powder with the larger ones and used the others in various recipes. One of the simplest and nicest things to do with a small firm cep is to roast it until caramelised and serve it with a soft boiled egg. This is especially lovely when accompanied by some crunchy sourdough toast.

In the restaurant where I used to work, by mid-August when cep season was in full swing, we would typically serve them with scallops, lamb or even lobster. The cep would be sliced in half down the centre before being roasted in a hot pan in duck fat; a decadent technique originally pioneered by Pierre Koffmann, the boldest of the old school French chefs. Once a good caramelisation was achieved, it would be flipped on its back and put in a hot oven for a few minutes. Served with a rich cep puree, it was a special dish.

My version is a bit simpler and does not involve duck fat. I don't use the oven either (as long as the cep is smallish), preferring to baste it in butter after caramelising in hot rapeseed oil. Basting it carefully until it's cooked results in additional caramelisation and the butter turns nutty and brown and provides a simple sauce to drizzle over.